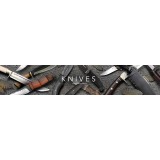 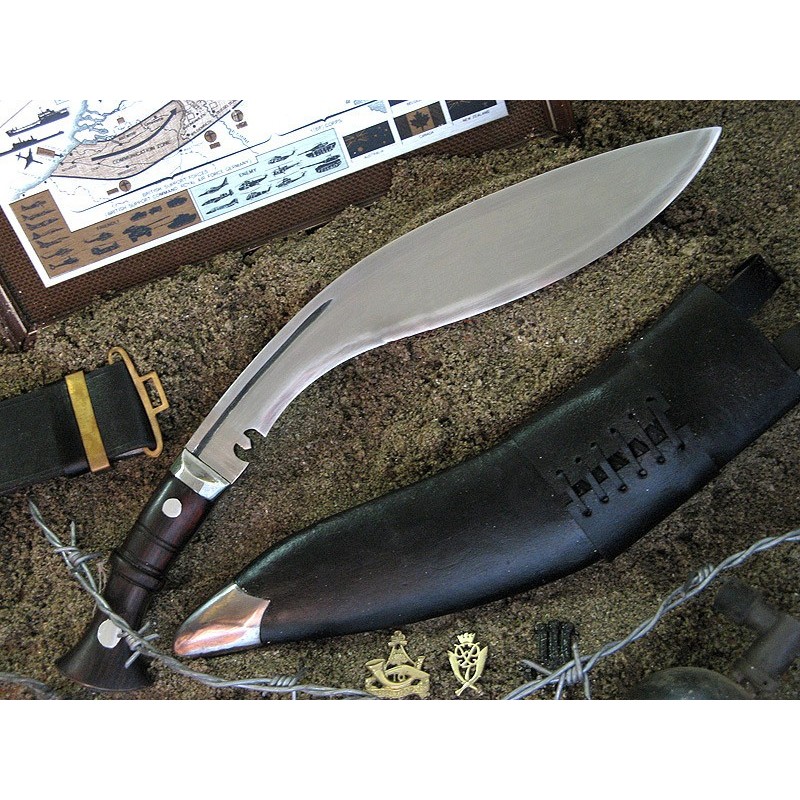 An exclusive and excellent kukri by KHHI, a true legendary and historic world war (WW) knife that carved the history by its decisive (key) swing. It is with its power and employ that the Gurkhas *(British Indian Gorkha back then) earned a fearsome and respectful reputation as the most formidable soldiers on Earth.

GI3, a Gurkha Issue kukri, is one of the many standard service issue of post WW1 and particularly of WW2 (2ND WORLD WAR 1944-45). The name GI3 is given so because of KHHI’s deep research on Military Kukris point to the fact that this kukri knife most probably falls in the 3rd number of the series of Gurkha kukri issued to British Indian Gorkhas back then. Officially starting and counting from 1857 after the Great Indian Mutiny (Delhi Siege) where the Gurkhas earned high respect and recognition from their British counterparts. It is our belief that GI3 arguably falls in 3rd serial number as the official service issue to the Gurkhas by the British authority. Here we can say that GI3 kukri is the KHHI’s version of MK2 (Military Kukri 2) which is already quite popular amongst buyers and collectors. GI3 kukri as a repro version but slightly changed (improved) to comply with the modern times and need.

GI3 was in good production and already issued to the soldiers by 1915 (pre and during WW1). This continued until at least 1944-45 making it as the largest military issue kukri ever used (produced) by Gurkhas. This large quantity because the strength of soldiers were significantly increased, sometimes 4-5000 heads per enlistment, for imminent war objectives and threats. This standard service kukri was initially manufactured by many local companies and individuals in India like the DHW, RGB, E Boota & Sons. Later, pre and during WW2, well known companies like ATD (Army Traders Dahradun), MIL, Pioneer Calcutta, Queera Bros and others produced in massive scale to keep up with the military demands. (Please be notified that all these name of companies have been taken from the engravings or stampings found in the original MK2s). Most GI3s would have stampings like the name of the manufacturer or inspector, manufacturing or inspection date, company/regiment initials etc and an arrow mark pointing up to symbolize official or authorized issue. Many variants of GI3 kukri were seen like the M43 in its hay days. This is probably due to involvement of many companies, makers and suppliers rushing the production to meet the high demand.

BLADE >>
The unpolished blade is 13 inch long with deep belly and broad main body, curved shaped with almost flat shoulder (Peak). It has a typical re-curve shape of a kukri from the history however handle is significantly modified from its ancient siblings.

HANDLE >>
A distinctive handle where the tang is flat, goes all the way through the handle and fixed with two rivets on both sides. This type of handle is called the “Panawal” version. It is quite a significant off track from the historic and classic kukris originated in Nepal. The wooden handle also curves downward as it finishes towards the butt cap. Steel fixtures are used to enhance the fitting process. The handle and its fixtures are polished unlike the blade (unpolished). Two large rivets are used to secure the scale fixture.

SCABBARD >>
GI3 has a regular leather case in military style with a protective steel chape. The interior wooden box is flat and wrapped by black colored water buffalo hide. The leather frog has twin belt loops at the back for the belt to go through and a fasten-up leather string to tie the two ends of the frog. Two small regular knives are discarded.

GI3, a superb hardcore army knife, a historic service kukri from the WW era, is also a very useful and peaceful cutting/utility knife. It can be used for any activities, minor or major, that involves cutting and slicing, be it inside or outside the domestic parameters. Nevertheless since the knife carries so much history and honor KHHI highly recommends this master piece for collection or decoration as a remarkable and a commemorative historic symbol.

*Gurkha before the India independence were called “GORKHA”

No customer comments for the moment. 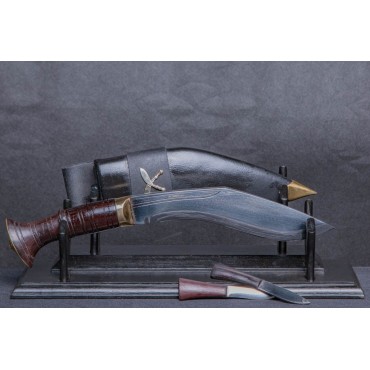 Quick view
Out of stock
CKN93 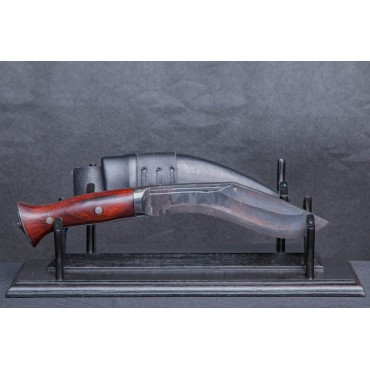 Quick view
Out of stock
CKN88 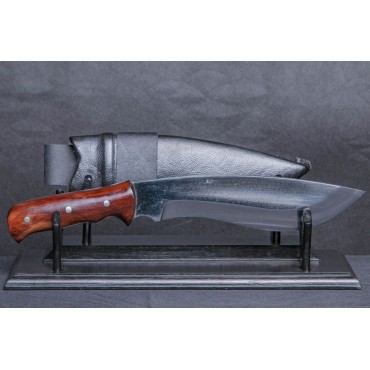 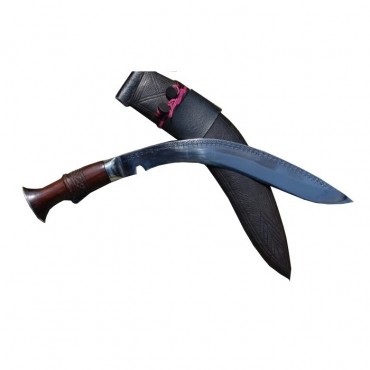 Quick view
Out of stock
CKN60 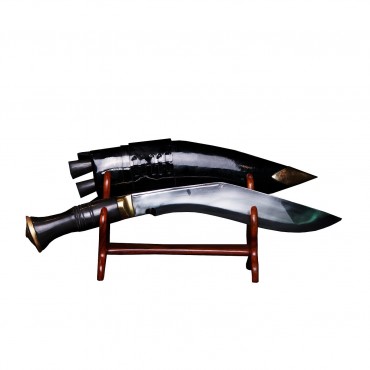 Quick view
Out of stock
CKN17 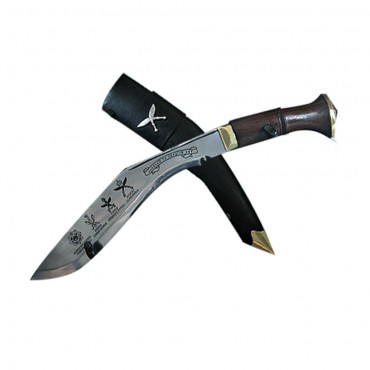 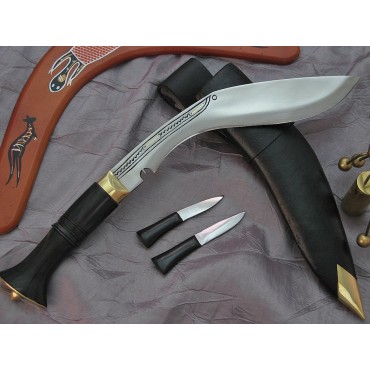 Quick view
Out of stock
CKN24 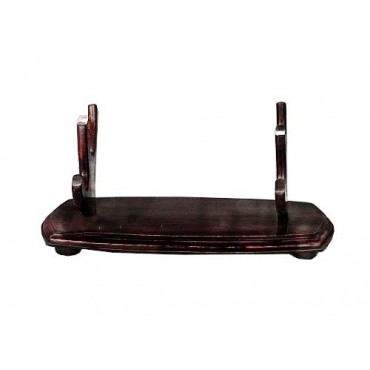 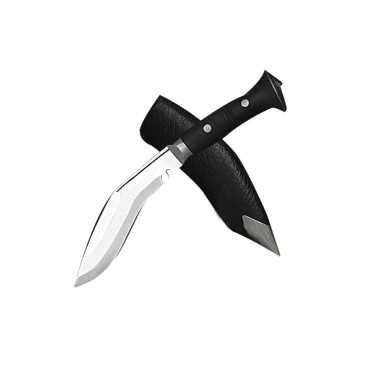 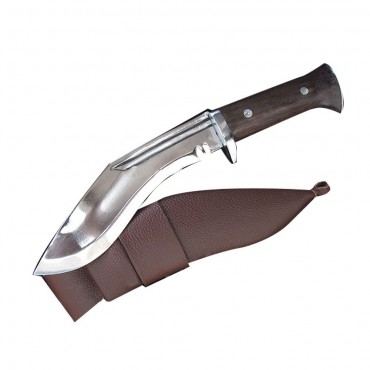 Quick view
Out of stock
CKN51 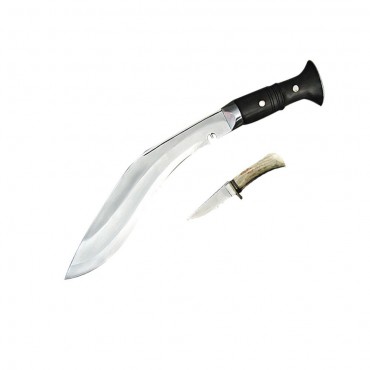 Quick view
Out of stock
CKN46 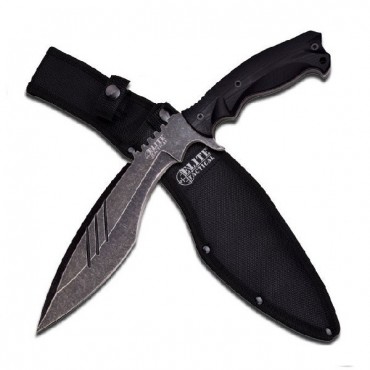 Quick view
Out of stock
UC3011

Quick view
Out of stock
UC3241 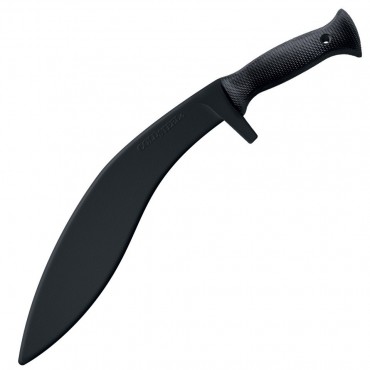 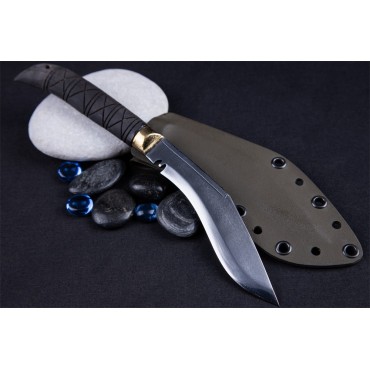 Quick view
Out of stock
UC3160

Quick view
Out of stock
CKN25 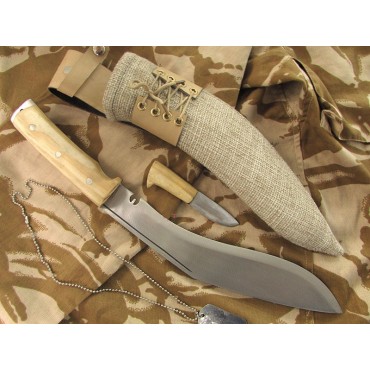 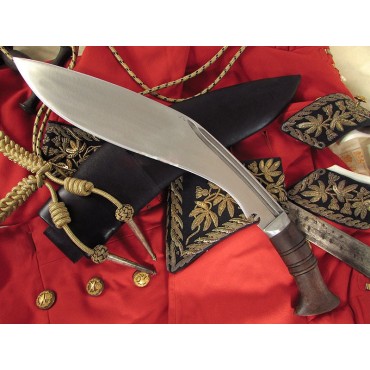 Quick view
Out of stock
CKN79 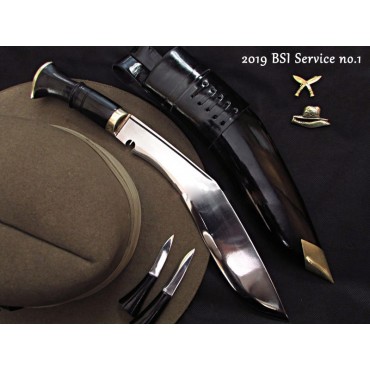 Quick view
Out of stock
CKN116